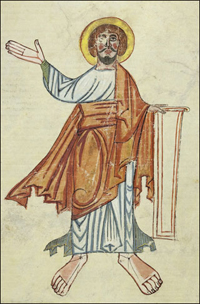 The state of cataloguing for the Codices Palatini Latini from the former Bibliotheca Palatina in Heidelberg is at present still very heterogenic. The aim of the project is to close the current gaps for the collection of the Latin Palatine manuscripts. On the basis of already existing modules a deep scientific indexing of 875 medieval and early modern Latin codices from the Bibliotheca Palatina is to be undertaken and to be presented online within the context of the virtual reconstruction of the once most renowned library in Germany. As a result for the first time manuscript descriptions based on modern and scientific standards would be available for the entire collection of Latin Palatine manuscripts. The combination of the intended deep indexing with the online provision of digital facsimiles of the manuscripts – which up until now have been difficult to access and whose online availability has been generously financed by a further source – for the first time would provide a complete and firm basis complying to academic standards for further research in the numerous disciplines of medieval studies. Furthermore, it would provide the possibility for extensive research on the history and the importance of the Bibliotheca Palatina.

Besides compiling descriptions of all manuscripts according to guidelines by the German Research Foundation (DFG) in TEI-P5 format, the description data is to be interlinked with the digital facsimiles, which are being produced within the context of Heidelberg’s Palatina digitization project.