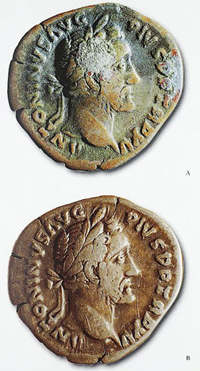 Notae Numismaticae – Zapiski Numizmatyczne is an annual published since 1996 by the National Museum in Krakow and the Numismatic Section of the Archaeological Commission, Polish Academy of Sciences’ Kraków Branch.

It is mainly devoted to the widely understood numismatics, but occasionally also other texts, concerning for example glyptics, are included. It features articles, communications and reviews. An important section is formed by the Chronicle, with reports on the activities of the Numismatic Cabinet of the National Museum in Krakow and the Numismatic Section of the Archaeological Commission. Texts concerned with topics of international interest or significance are published in English, French, German, or Italian, while those with relevance restricted to Polish readers, in Polish, with abstracts in English.

All articles contained in this magazine are indexed in the local online catalogue HEIDI and therefore also can be searched in the SWB and in PropylaeumSEARCH.